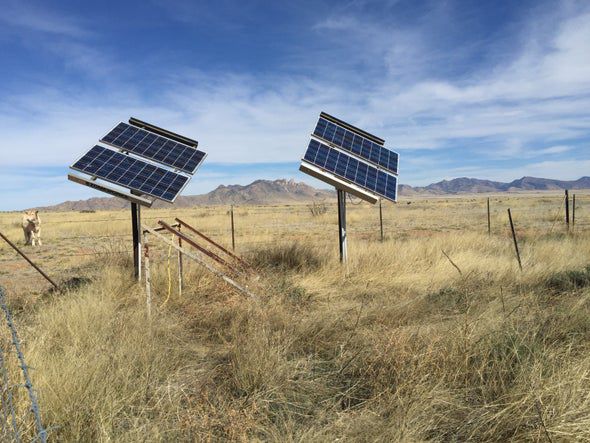 Bob Burns didn’t always love renewables. Shortly after he was elected to the Arizona Corporation Commission in 2012, the conservative Republican voted to kill what remained of the state’s subsidy for rooftop solar installations.

But last week Burns managed something only a few blue-state climate hawks have pulled off: He helped pass a rule calling for the state to eliminate carbon emissions from its power grid by 2050.

In doing so, Arizona becomes only the seventh state to pass a law requiring its utilities generate all their electricity from carbon-free sources. It is the first state where such a charge has been led by Republicans. Three Republicans joined the commission’s sole Democrat in voting for the rule, with one Republican commissioner in opposition.

The shift says as much about the growth of the renewables industry as it does a change in the political winds. Wind and solar costs have fallen dramatically, and technologies like battery storage, which were once viewed as a future alternative, are now being deployed in the field. That opened the door to support from Republicans like Burns, who chairs the commission and will retire when his term ends on Jan. 4.

“When I came in, I was opposed to subsidies. I was a creature of legislature who didn’t like subsidies,” Burns said. “It wasn’t hard to vote against that.”

Burns’ views began to shift as he attended conferences of utility regulators and learned about broader industry trends. Particularly influential in his thinking was Colorado’s experience in 2018, when the state’s largest utility, Xcel Energy Inc., issued a request for new power generation and was flooded with plans for cheap renewables.

A provision in Arizona’s rule passed last week mirrors Colorado’s approach. When Arizona utilities are contemplating plans for new power plants, they will need to put out a request for information on the cost of all new sources of electricity generation.

“It’s been an evolutionary-type change of mine because of the additional information and technology advancements,” Burns said. Speaking of the new rule, he added, “I think it was a big deal to get that done. I didn’t know if we could do it.”

The Arizona Corporation Commission, or ACC as it is often called, is unique among state utility boards. Its members are elected, and its role in setting utility policy is spelled out in the state’s Constitution, meaning its rulings carry the force of law.

Even so, there are limitations to the commission’s new standard. It only applies to the state’s investor-owned utilities, Arizona Public Service Co. (APS) and Tucson Electric Power. It notably does not include the Salt River Project, the large electric cooperative that operates several large coal plants serving the state.

Commissioners voted to nix the renewables standard last week, as it became clear two Republicans opposed to the renewables mandate would win election to the commission.

The change has two important implications.

First, the standard will count electricity generated by nuclear, among other carbon-free sources, as well as renewables like wind and solar.

Second, it was needed to earn the support of Republican Commissioner Lea Márquez Peterson, who opposed the renewable requirement but backed the carbon-free standard. Her support means a majority will continue to support the rule on the new commission.

The rule will now go out for public comment before it is finalized.

Amanda Ormond, a consultant who served as director of the Arizona Energy Office, said the state’s politics have tracked the economics.

“I think the single biggest factor is clean energy cost reductions have completely flipped the economics of the utility such that the clean stuff is now the cheap stuff,” she said. “I think there was a recognition two to three years ago that renewables are really, truly cheaper.”

The shifting regulatory environment comes amid a sea change in how Arizona generates electricity. Where coal generated almost 40% of the state’s power a decade ago, it accounted for 20% of Arizona’s power production last year, according to federal figures. Most of that gap has been made up by natural gas, which surged from 27% to 41% of the state’s power generation over that time.

But renewables are now coming on strong. Solar barely registered in 2010. Last year, solar accounted for 5% of the state’s power production. Utilities, meanwhile, have plans to add much more.

Tucson Electric Power aims to generate 70% of its power from renewables in a bid to lower emissions 80% by 2035. APS has targeted 45% renewables by 2030, as part of its plan to achieve net-zero emissions by midcentury (Climatewire, Jan. 23).

Those moves represent a marked shift for APS in particular. The utility fiercely fought residential solar installers over the practice of net metering, and it spent $37.9 million to defeat a ballot measure in 2018 that sought to impose a 50% renewable standard by 2030. APS admitted last year it poured $12.9 million into a 2014 campaign to elect ACC members supportive of its agenda. That disclosure came after years of campaigning from Burns to force the company to disclose its role in that election.

“I had a high level of respect for APS. When they did that, that is when things started to go south,” Burns said.

The utility was singing a far different tune in the run-up to last week’s vote. In an earnings call with financial analysts in late October, APS executives stressed they were already planning to retire their coal plants earlier and invest heavily in renewables.

“I think it’s consistent with what we were saying as our plan,” said APS CEO Jeff Guldner.