What happens to solar panels in a hurricane?

Hurricanes are nature's wildest storms, with winds whipping at up to 160 miles per hour or more. All that wind can blow down trees, destroy mobile homes, and throw debris around, causing significant problems.

But how do solar panels fare in a hurricane? Surprisingly well, it turns out. Solar panels are built to withstand the high wind speeds and impacts of hurricanes and other storms. Solar racking is securely attached to your rafters using long sturdy bolts.

Chances are you're visiting this page during another Atlantic hurricane season. Welcome! Read below to learn a bit about how solar panels hold up during severe weather events.

Solar panels are like any other product: the good ones are built to last, while the cheap ones can be pretty flimsy.

The above image comes from a promotional video for SolarWorld panels, which undergo extensive testing. The video shows the panels handling hailstones at 262 mph, baseballs chucked by a pitching machine, and even a truck parking on top of them—all without so much as a scratch.

If a weaker solar panel is battered around by wind-blown debris in a hurricane, you might see some damage, and it might not be pretty. 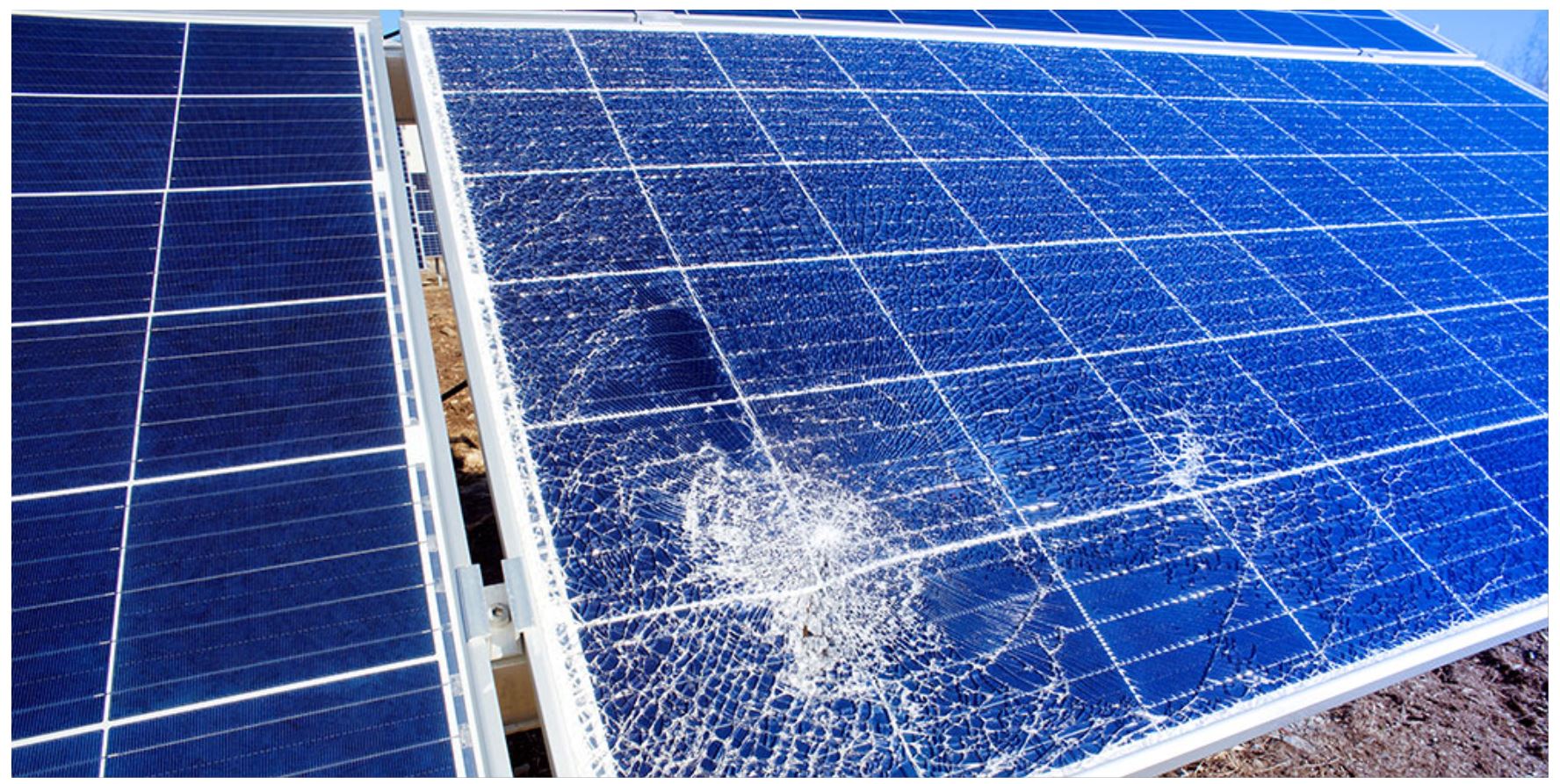 Solar panel damage is rare but does occur.

But you're more likely to find that your panels survive impacts just fine, as was the case when solar panels at the National Renewable Energy Laboratory's (NREL) testing facility were subjected to a wild hail storm. Of the more than 3,000 panels located at the facility, only one was damaged.

Places that can experience extreme weather and wind events like Florida and Texas have done a pretty good job of passing rules to ensure solar systems can survive the worst.

Most places in Florida require solar installations to withstand winds of 160 mph minimum, and in a place like Houston, Texas, where Hurricane Harvey caused massive destruction, that number is 110 mph.

And the solar industry has a vested interest in ensuring its installations are over-engineered enough that there aren't widespread problems with panels tearing chunks of homeowners' roofs off.

Solar in past storms

Perhaps the most convincing evidence of rooftop solar panels' durability is the record of panel damages in past storms.

The same was true of Hurricane Matthew in 2016 and Hurricane Maria, which devastated Puerto Rico in 2017. Yet, time and time again, solar panels have weathered the storm as good or better than other structures.

In 2018, Hurricane Florence spilled coal ash and even left some North Carolina fossil-fuel plants shut down for weeks due to damage and flooding, yet solar panels owned by Duke Energy were back to generating power just one day after the storm.

So now that you know not to be afraid, what do you have to do to prepare?

What to know before the storm

Before a hurricane, you might be inclined to batten down the hatches and waterproof everything in sight. And if you're a micro-grid operator in Haiti, you might even think about pulling all your panels from their racks and waiting to re-install until after the storm.

But for regular homeowners, there isn't much to do. Like we said above, panels and racks are built strong, and the mounts should be watertight for decades - storms or not. Don't try to remove the panels yourself, and don't try to cover them with anything, either.

Solar panels will not cause your roof to fly off your house, unless the roof itself was already going to fly off, either because of insane winds or poor building techniques. Your best bet is to keep your flashlight handy and prepare for the storm as normal. If there's damage, you're more than likely covered.

If your solar panel system becomes damaged by the storm, you're in good hands. Most homeowners' insurance policies cover solar panels as a structural component of the home (though you may want to adjust your limits to account for the extra home value they represent).

It's a good idea to take photos of your solar system, just like you would your other significant investments, in order to create a good inventory for your insurance company if you do experience damage.

If you are on a solar PPA or lease, you're likely covered

A solar PPA or lease is also called "third-party ownership," under which you allow a solar company to place its panels on your roof and they sell you the electricity produced by the panels.

In this case, the panels don't belong to you, so the business that installed them has a great interest in keeping them working. Most solar PPA providers will have insurance and warranty coverage for the panels, and will maybe even cover any damage to your property as a result of their storm-blown solar installation. Check your PPA contract and read the fine print to find out!

After the storm - dealing with damages 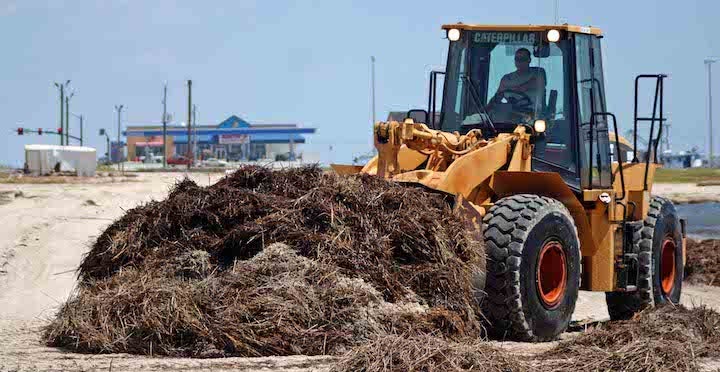 First, if your solar panels are damaged in a hurricane (or any other way), don't go anywhere near them or try to repair them yourself. The high voltages that travel through them can kill you with a quickness, and though every system should have an automatic shutoff in case of damage or voltage spike, you should be safe and contact your utility company right away.

In the rare case that your system is damaged, it can probably be repaired or replaced quickly, and again, you're probably covered by your homeowners' insurance policy.

Even if your system doesn't appear damaged, your utility company may require an inspection before it can be reconnected to the grid. Obviously, if your system survived the storm well without auto-shutdown, you're probably good to keep it running while you assess the damage to your home and neighborhood.

If the power goes out

If utility power goes down as a result of the storm, most home solar systems will shut down as well. There are ways to keep your solar system running in the event of a power outage, and with some planning, it's possible that you'll be the only house in your neighborhood with a cold beer after a storm. Be ready for friendly neighbors.

Here's hoping that if any of you are facing a hurricane, you make it through unscathed, with your home, loved ones, and solar panels unharmed and ready to return to normal life!

Ben is a writer, researcher, and data analysis expert who has worked for clients in the sustainability, public administration, and clean energy sectors.

This article was originally published by solarreviews.com