Texas produces more electricity than any other state, so Texans were stunned last February when Winter Storm Uri suddenly shut down most of the state’s power grid. Texas’ power producers had not adequately weatherized natural gas plants, wind turbines and other energy-production sites to withstand the bitterly cold temperatures. Many of them stopped working, requiring rolling blackouts in some areas and leaving others without power for days.

But Texas’ “big freeze” was just the latest widespread blackout to hit the United States. Wildfires, hurricanes, heatwaves and high winds have also caused rolling blackouts, or as many California residents and PG&E customers know them, “public safety power shutoffs.” For instance, California’s 2020 wildfires left as many as 10 million people in the dark at times, and the state’s enduring drought means similar fires will likely return this year.

These and other extreme weather events are making solar storage options more attractive to homeowners. Many people believe homes powered by photovoltaic (PV) solar panels are independent of the grid and not affected by blackouts. In some cases, that’s true, but most solar homes and businesses tend to be “grid-tied,” which means they’re partners with the local utility. Solar panels produce the home’s electricity during the day, and the utility provides electricity at night or on cloudy days.

This arrangement greatly reduces – or even eliminates – electricity costs for solar homeowners. But it also means solar homes can face blackouts. However, unlike other homes, solar homes can use a solar battery to keep the lights, fridge and other essential appliances running.1Also, solar-powered homes help reduce strain on the grid when extreme weather hits. In fact, that’s one reason why many states, including California, offer their own rebates and incentives on top of the federal solar tax credit (ITC).

Non-solar homes frequently use generators to keep the power on during a blackout, but generators lose out to solar batteries on issues like cost, noise, size and environmental impact.

And unlike a generator, solar storage saves you money even when there’s nothing wrong with the grid. It allows you to store solar energy during the day and use it at night. Any energy that won’t fit in your solar battery can, in many areas, help you offset your electric bill through net metering.

But solar power also is a form of renewable energy that reduces the level of greenhouse gasses that cause climate change – which is believed to be responsible for much of the extreme weather we are currently experiencing. In fact, it would take planting about 2 billion more trees to store as much carbon dioxide as the emissions reduced by the entire U.S. solar industry.

Each home has different solar and storage needs. Qualified solar installers know how to design your solar and storage systems to give you the energy you need when you need it. We’ve created a strong dealer network with the expertise to tailor your home’s PV solar system for maximum efficiency. 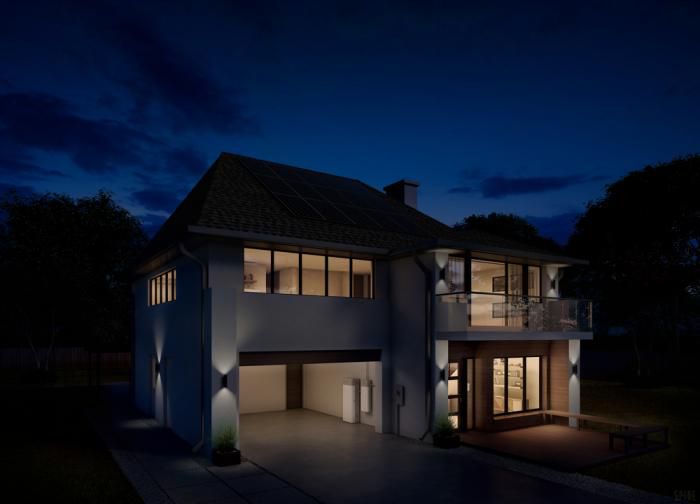